As the March deadline looms, we have seen an increasing number of concerns being raised about Brexit. 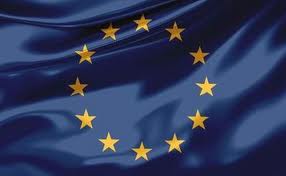 Across the industry concerns have been raised on how entities connected to the United Kingdom can continue to comply and remain up to date with the necessary data feeds and ensure timely regulatory disclosures in the EU.

In particular, questions have been raised concerning the transfer of data between the FCA and ESMA. In the event of a no-deal Brexit, the FCA will no longer send trade data to ESMA. The implications of this are that any UK trade and reference data provided by UK trading venues will no longer meaningfully feed into the FIRDS database.

Based upon the latest information available, any securities of issuers with Great Britain as their home Member State and trading on a regulated market in the EEA will have to make a different selection for home Member State in the event of a no-deal Brexit (ESMA has confirmed this in Question 26 of the updated Q&A). It is assumed that local EEA regulators will make such updates (and also reflect them in FIRDS when they do so). Our rule library is already set to handle these changes as soon as home Member States selection are reflected in FIRDS.

How then, will the major transparency regime continue in the UK under a no-deal Brexit if they are no longer among the set of home Member States? It is understood that the transparency rules in the UK will apply to issuers with securities traded on a UK Regulated Market or on a UK Recognised Market. Both lists are currently maintained by the FCA, monitored by FundApps, and will be integrated into new versions of the rules before 29 March assuming a no-deal Brexit.

Furthermore, the FCA is planning to create their own version of the FIRDS database (“FCA FIRDS”), which will tentatively be live for testing from 21st February 2019. The technical specifications for the new system can be found here: FCA FIRDS.

FundApps has already started work to ensure that FCA FIRDS will be represented in the FundApps Platform. We haven’t yet received explicit confirmation in regards to FCA FIRDS being the source of “Relevant Competent Authority” for short selling disclosures in the UK, but are prepared to update our rules if that is the case.

In regard to the security selection and the SSR Exempt list, the FCA notes that they “will take on responsibility for collating and publishing the list of shares traded in the UK, where the principal trading venue is in a third country. We will publish this list on our website.”

They also note that “we will give an update on our work to produce our list in early March 2019.” FundApps will be monitoring this development and plans to make this list available in our rules. Besides this however, it’s important to keep in mind that to ensure continuity for firms, UK law will allow the FCA to recognise ESMA’s existing exempt list for 2 years following exit day.

According to expectations, the UK FCA has noted that the UK SSR will only capture instruments admitted to trading on a UK trading venue and UK sovereign debt.

In preparation for a possible no-deal Brexit outcome, we have begun to analyse and mobilise action to ensure that any relevant rules are updated. When the FCA FIRDS data feed (or the UK’s SSR Exempt list) becomes available, we will also begin to scrape and test this so it is ready for use in our service.

Please note that the information contained in this communication in no way constitutes a legal opinion, legal advice, or an official view of FundApps or any of its suppliers.

Click here to read Part 2 of our Brexit blog.