The topic of securitised commodity derivatives and their inclusion in the MIFiD II position limits regime has been widely debated. 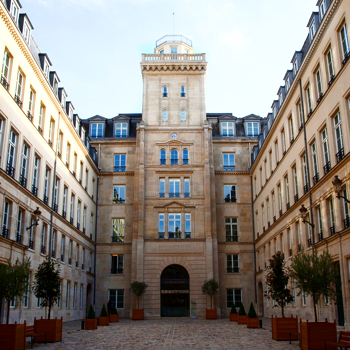 Understandably, investment firms are mainly concerned with the reporting aspect and possible inclusion of all securitised commodity derivatives in their daily reports to the National Competent Authorities (NCAs). In the latest Q&A on MiFID II and MiFIR commodity derivatives topics, dated 7th July 2017, ESMA included an update clarifying what is expected from investment firms and trading venues. You can learn more about position limits reporting under MIFiD II in our previous blogs.

I. Daily reports by investment firms to NCAs

In its Q&A on MiFID II and MiFIR commodity derivatives topics (see Question 9), ESMA states that the requirement under Article 58(1)(b) and (2) of MiFID II to submit daily position reports to the NCAs does not apply to securitised derivatives with a total number of securities in issue not exceeding 2.5 million.

The purpose of daily reporting is to enable NCAs monitor potential breaches of position limits. It is clear that securitised commodity derivatives will be highly illiquid and issues not exceeding 2.5 million securities will never breach position limits. Therefore, NCAs do not need to require daily reporting if the possibility of a breach of position limits can be ruled out from the outset. For reporting purposes, investment firms can rely on the information provided by the CSD, the issuer or another reliable source, as to the number of securities in issue. Once the threshold is exceeded, investment firms will have to report their positions in securitised derivatives on a daily basis to the NCAs.

Trading venues are required to make public weekly aggregate position reports and provide them to NCAs and ESMA. Under Article 83 of draft Commission Delegated Act of 25 April 2016, trading venues are only obliged to do so when both of the following two thresholds are met:

Securitised derivatives do not have tangible underlying, and deliverable supply or open interest cannot be used to establish limits. As a result, ESMA confirmed that trading venues do not need consider securitised commodity derivatives in their weekly reports.

Even though, it has been confirmed that securitised derivatives are in scope of position limits regime in Europe, the European regulator tries to make market participants’ lives easier by introducing various exceptions. We will all find out about the real impact of MIFiD II in regard to the position limits reporting once the directive enters into force, on 3rd January 2018.

Our Position Limits service for MiFID II makes complying with complex new regulation a doddle. Contact us if you'd like to learn more, or book a demo to see our services in action.