2016 Update: See our latest 13F blog post, where we explain how to automate the entire 13F process.

It's the end of the quarter - the perfect time to discuss Rapptr's support for beneficial ownership legislation in the US, encompassed under the Securities Exchange Act of 1934, which for institutional investment manager predominately means form 13F and of course 13G.

Due to the potential for managers to hold large numbers of these securities reportable under 13F and even 13G, if holdings in an issuer is over 5%, determine thresholds and generating the required XML and HTML documents for the SEC can be an arduous task, which is greatly simplified with Rapptr.

Form 13F needs to be filed with the SEC for those who maintain discretionary authority over $100 Million of exchange-listed section 13(f) equity securities, as defined by Rule 13f-1(c), within 45 calendar days (Rule 13f-1), unless a filing has not been previously made.

Before Rapptr can calculate whether the $100 Million holding threshold has been breached, it must be able to identify which equity securities fall under 13F.

As defined by Rule 13f-1(c) in the "Section 13(f) securities" an updated list is published on a quarterly basis including associated CUSIPs via the SEC website in PDF format.

Included in our Rapptr Disclosure service, this list is automatically processed and our 13F rule automatically identifies the applicable equity securities. 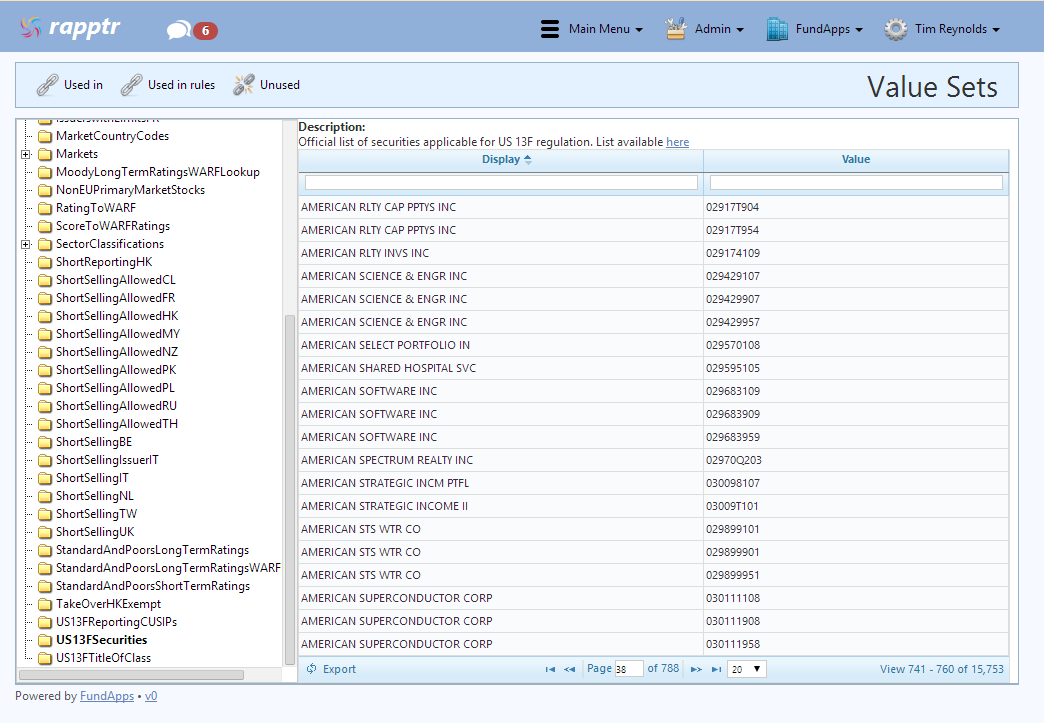 Once the relevant securities have been identified, Rapptr 13F completes calculations to determine if a filing is required. First, securities that don't meet the "de minimis" requirement are excluded. For those unfamiliar with de minimis it's summarised by the SEC as;

A Manager may omit holdings otherwise reportable if the Manager holds, on the period end date, fewer than 10,000 shares
(or less than $200,000 principal amount in the case of convertible debt securities) and less than $200,000 aggregate fair
market value (and option holdings to purchase only such amounts).

Rapptr then calculates the market value of any holdings subject to 13F legislation on the last trading day of each month. If it's the end of the quarter and the $100 Million threshold has been breached, then the rule creates triggers a disclosure. If the threshold is not crossed, a warning is generated to alert users that a disclosure will be required at the end of the quarter.

If users are required to make a 13F filing via the EDGAR Website, a set of "XML" files need to be created. As with all major filings, Rapptr users have the ability to generate the relevant files with a single click of the "Generate & Disclose" button. 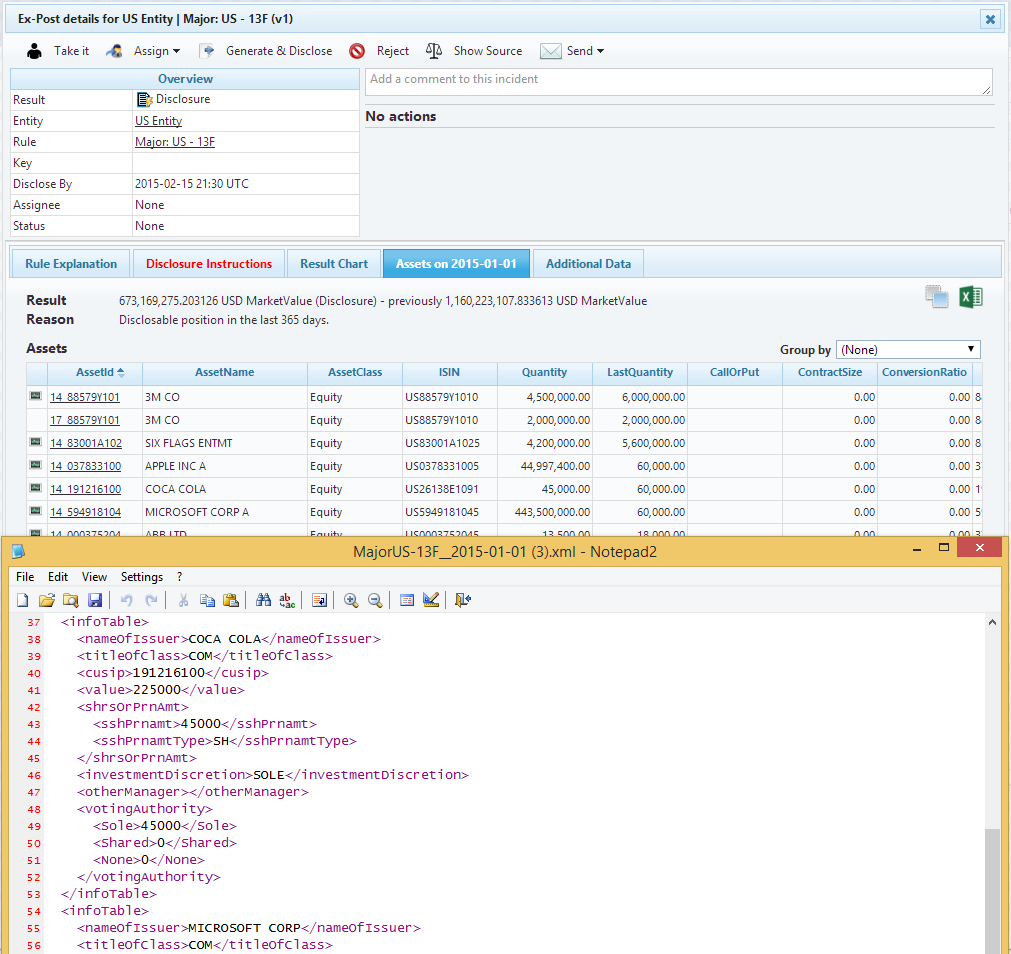 Although not at the forefront of most peoples' minds at this time of year, another major area covered by the Securities Exchange Act of 1934 is 13G. This requires any person who acquires beneficial ownership of more than 5% of any class of voting equity securities of any issuer (U.S. or non-U.S.) that is listed in the U.S. or otherwise registered with the SEC to file form 13G. For those holding between 5% and 10%, this will be performed annually within 45 days of calendar year end, unless previously reported information has not changed. 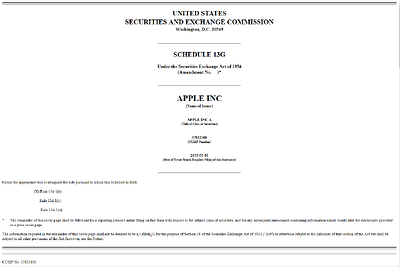 Depending on the number of applicable holdings in different issuers for filing, this obligation can be an arduous task. As with 13F, Rapptr provides the ability to automatically generate the 13G form required for filing via EDGAR. For those with many disclosure filings, Rapptr provides a single button to generate all relevant disclosures for submission. 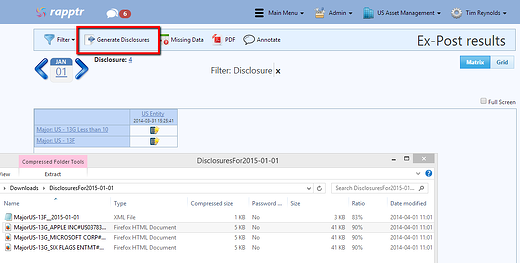 For more details on how FundApps' Rapptr can support your organisation and simplify 13F & 13G filings then get in touch!