At FundApps we were increasingly hearing from clients and prospects about the need for rules which monitor for holdings in companies that are on the Takeover panel lists of various regulators.

We said, "no problem" (we like to say that). The rules themselves are relatively straightforward, but the takeover lists change every day. So we have put mechanisms in place so that the lists are automatically updated in Rapptr. Some of the information is "scraped" from the websites (e.g. www.thetakeoverpanel.org.uk, www.irishtakeoverpanel.ie, www.takeover.ch), some of it is manually entered.

In the end you benefit, as we can assure you that the lists are up-to-date and if your fund has any holdings in the listed issuers you will be informed by Rapptr. 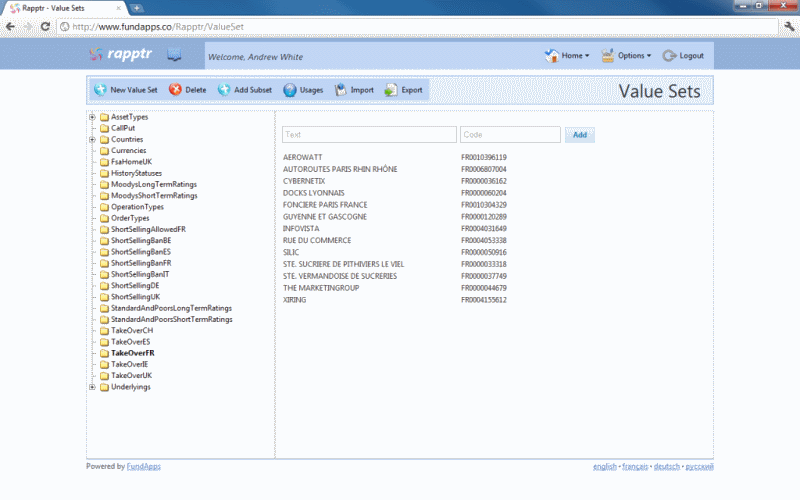 Take over lists in Rapptr (List for France shown)