At FundApps, we look to automate Shareholding Disclosure as much as possible.

In this post, I’d like to look at a unique way we do so - and it relates to how we source publicly available regulatory data and feed that into our service. We’ve touched on this topic in some of our previous posts and we’ve found that it fills an important gap that so many face in the industry.

As a part of our service, we ingest publicly available regulatory data sources such as takeover panel lists or specific denominators. One specific and highly valuable source is the “total issued capital” of a company with the Netherlands as its home or host Member State. The Dutch Authority for the Financial Markets (AFM), which is the Netherlands’ financial services regulatory authority, requires reporting thresholds to be based on a company’s total issued capital, in addition to reporting based on holding voting rights.

Typically, shareholding disclosure obligations are calculated as a percentage of either total shares outstanding or total voting rights of an issuer.

However, this stands in contrast to the gold-plated Dutch substantial shareholding disclosure rules (Section 5.3 of the Financial Supervision Act), as implemented from the EU Transparency Directive. They are among a small group of jurisdictions, Egypt and Denmark being the others, which require ownership calculations based on a company’s total issued capital.

What is “total issued capital” in this context?

As with many terms or phrases in the finance industry, it is easy to confuse their meaning. Let’s delve a bit deeper into what “total issued capital” means in the context of the Netherlands and why this figure is difficult to source. The Dutch AFM’s Guidelines for Shareholders states (p. 29) that the denominator is the “total issued (nominal) share capital of the issuer (denominator).” The word “nominal” gives us more insight, but it’s not enough information to fully understand… until we review the AFM’s own official publication of this figure.

What the Dutch regulator (AFM) has done to help

To ascertain and source the total issued (nominal) share capital of a company, the AFM maintains an official public register of such figures on its website.

When viewing the data for each issuer, one can see that “Total placed capital” is the sum of each share class’ “Nominal value,” or what we refer to as the stock’s par value, multiplied by its respective number of shares outstanding (the AFM’s register refers to this as ‘Total placed’ where it is listed by share class).

In light of this information, we know how unique this denominator is and how automatically providing this figure ensures a high level of accuracy and saves loads of time!

We go straight to the source and continuously feed the Dutch “issued (nominal) share capital” figures directly into our system. We also store all of the historical data from this source, ensuring a full audit trail of compliance calculations. 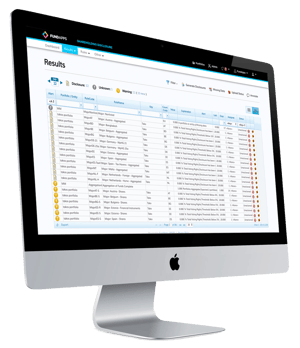 Having this built in to our service serves two purposes: it reduces data provisioning costs for our clients and ensures the most accurate data is used when calculating holdings.

From conversations with clients and prospects, the latter reason is perhaps the more critical. Sourcing data from third party providers is often out-of-date and inconsistent, which may lead to an incorrect percentage value of a holding in an issuer. This motivates us to look for the most reliable sources from regulators or exchanges themselves. In fact, given the unique definition of “total issued capital” as described above, we’ve found that no data provider includes this information consistently. We’ve discovered that most of the industry does not have a source for this data or that there is a high level of inaccuracy for those that do.

In one particular case, a large asset manager has sourced these values from a third-party data provider, but cannot rely on those figures due to historical inconsistencies. In fact, they previously put a process in place to manually validate these figures against the AFM website, thus creating an administrative burden. Removing such onerous, administrative tasks can save countless hours for the industry, allowing compliance officers to focus on areas where their judgement is needed most.

Through sourcing official regulatory data, we seek to reduce the costs our clients bear, remove unnecessary administrative overhead, and ensure our clients achieve the highest level of compliance. We are continually on the lookout for other opportunities where official regulatory data can be integrated. Contact us for more information on our Shareholding Disclosure Service.