COVID-19 and Brexit: To Absent Frenemies


Given the unprecedented effects of COVID-19, current Brexit negotiations show what can happen when it's unclear who is in charge.

In the 80s BBC sitcom Yes, Minister, there is a scene where the guileful civil servant Sir Humphrey discusses with his cabinet minister an underhanded method to disguise 'bad news'. In order not to bring a scandal on their own government and avoid possible incrimination from non-action, they arrange to send a letter disclosing their knowledge of misdeeds to the Prime Minister in such a way as to be so ambiguous yet, strictly speaking, accurate, such that no blame could be precisely placed anywhere and the whole affair can be written off as 'failure in communication'.

Key to this plan is the combination of circumspect wording, spreading of responsibility and the idea to write in a very faint pencil. However, the coup de grace for this scheme is to deliver the letter at a point in time when the Prime Minister is heading away to an overseas summit and it isn't clear whether it is the PM or the acting PM who should receive the letter.

Whilst we at FundApps would normally use this story as a cautionary tale as to why you should always be disclosing clearly and accurately to national regulators, this time we will draw your attention to what can happen when it is not clear who is in charge. Given the unprecedented effects of the recent COVID-19 pandemic, we have a working example when it comes to the current state of Brexit negotiations.

Both EU and UK parties were set to re-start discussions on 15th April. However, it's two adverse figureheads, the chief negotiator Michel Barnier and Boris Johnson, had both recently been in confinement after testing positive for coronavirus. Indeed, Prime Minister Johnson had been laid in intensive care on oxygen leaving wide-open questions as to who was currently in charge of the UK government. Once again in the Brexit saga, the UK's unwritten constitution left a question unanswered. 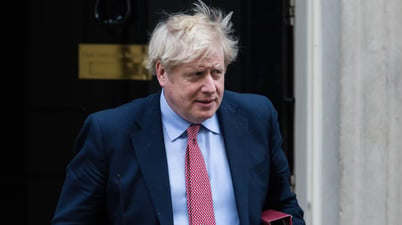 With all the confidence of an MP caught travelling to their second home, government spokespersons said that Mr Johnson was still calling the shots despite requiring a full hazmat suit for anyone to be near enough to hear him. Whilst he is not necessarily required to be at negotiations, any comment he makes is the de facto position of the UK government. His bombastic approach to Brexit doing more than anything else to secure a large Conservative majority in December’s elections.

With a substantive 55% of Britons supporting a Brexit extension due to the pandemic it seems that there would be popular support in the country (24% opposed, 21% undecided) to take such pragmatic action. So, it came as a surprise to most observers that the word from Westminster was that no extension would be sought for the Transition Period (currently scheduled to end in December). It is not clear where this decision has come from or even if it is the effect of inherited rhetoric from December's General Election that no-one seems willing, or capable, to over-rule.

Given the extreme circumstances both sides find themselves in - EU Parliament are voting from home and the UK Parliament have restricted numbers to 50 in the chamber to respect social distancing - it seems remarkable that an extension won't be sought before the June deadline. The June summit would have been an important benchmark on progress, yet no-one feels comfortable to set an exact date. Regular followers of these negotiations will probably predict another late-night, last-minute session will be in order, whatever date is set.

Perhaps, in a few weeks time, when most of the key players are firmly recovered, then some real indications of intention will be forthcoming. When a full UK cabinet meeting can finally be reconvened, probably with all participants starting the meeting by fiddling with their webcams ('Boris, you are still on mute...'), then a clearer picture will be presented. We may find out who is making the decisions and for what reason.

This blog was originally planned to be about what FundApps was planning to do about upcoming Brexit changes. With so many unknowns it became difficult to say with any certainty what we can do at this time - once again, you have our assurances that we have our eyes and ears peeled ready to leap into action when needed. As things stand, we expect to be washing down the previously produced work that was scheduled to be released at each of the last two Brexit deadlines we faced and have it ready again for 1st January 2021.

If FundApps, or anyone else, were to claim with any authority that they know what will happen over the coming weeks then... well, perhaps we should refer to one of Sir Humphrey’s more verbose epithets as a response:

"...inasmuch as the precise correlation between the information you communicated and the facts insofar as they can be determined and demonstrated is such as to cause epistemological problems of sufficient magnitude as to lay upon the logical and semantic resources of the English language a heavier burden than they can reasonably be expected to bear... You told a lie."

To find out more about our services and how we are able to keep pace with changing regulations at speed then get in touch.