So is there a real reason to worry about the EEOTC commodity derivatives? 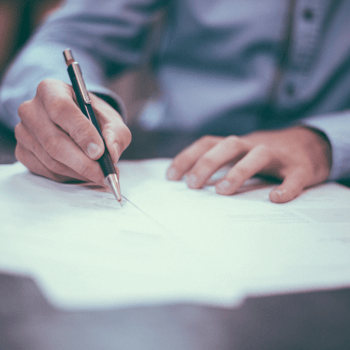 Under the new framework, position limits will not only apply to commodity derivatives traded on exchanges, but also to economically equivalent over the counter contracts (EEOTC).

Having the risk of unreasonable netting activities under the position limits regime in mind, the definition of EEOTCs has been phrased narrowly. It has been made clear that an OTC derivative can be viewed as economically equivalent to a commodity derivative traded on a trading venue if it has indistinguishable contractual terms and conditions.

To establish whether an OTC commodity derivative is an EEOTC, differences in lot size specifications, in delivery dates if they diverge by less than one calendar day, and in post-trade risk management arrangements can be disregarded. It can be expected that the criteria under which an OTC derivative can be viewed as economically equivalent may be dynamically adjusted over time if the current provisions will be used with the apparent intent of circumventing the regime.

What is the reality?

The new regulations are very broad and strict. There is still a lot of uncertainty and it does not make investment firms’ life easier, especially from the risk management point of view. It is safe to say that the industry expected more clarifications on the topic of EEOTC commodity derivatives. Some kept their hopes high and awaited a ready list with all EEOTCs available on the market provided either by ESMA or by the national competent authorities.

The ISDA conference: “What does MiFID II mean for commodity market participants? “, held on 14th June 2017, gave industry experts an interesting perspective on the topic and dashed the hopes of many. A clear message has been sent by the representatives of BAFiN, the AMF and the FCA - namely; there will be no such thing as a list with EEOTC commodity derivatives.

Because the definition is so narrow, the regulators expect that hardly any EEOTC contracts will appear on the market. Interestingly, the regulators are also not aware of any OTC derivatives traded on the third-country venues which could be viewed as economically equivalent. The delegate of the London Metal Exchange stressed that the trading venue does not foresee that there will be any EEOTC contracts to the ones that are currently traded on the LME.

So is there a real reason to worry about the EEOTC commodity derivatives? According to the regulators, whether the inclusion of EEOTCs in the scope of MiFID II will have any impact on position limits calculations and reporting is still an ongoing debate.

To learn more about the new position limits set to be introduced by MiFID II download our new whitepaper: ‘A Guide to MiFID II Position Limits: Monitoring, Reporting and Data Sourcing’.