The difficulties posed by the introduction of FIRDS. 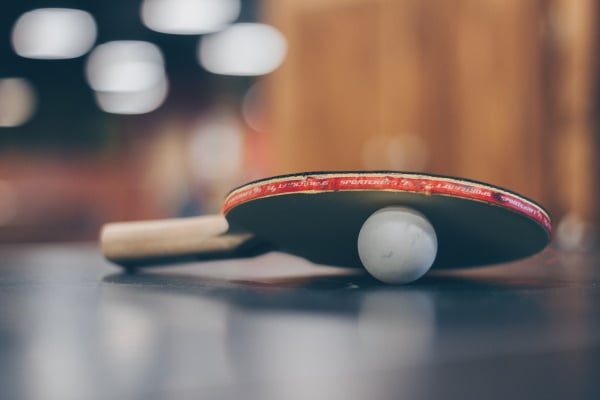 The task of automating regulatory obligations related to, or impacted by, ESMA’s Financial Instruments Reference Data System (FIRDS) has been challenging for most of us in the regulatory compliance world. To characterise the quest for a firm interpretive grounding in this area as a game of ping-pong between official regulatory bodies, would not be inaccurate.

Working at the coal face of interpreting regulatory language and utilising accurate financial instrument data to create calculation based rules, has highlighted how important it is to have strong technological resources and the ability to discuss issues with peers in the compliance world. It has also shown that despite the best intentions of regulators and lawmakers, reaching the goal of greater transparency requires a high attention to detail (to say nothing of patience)!

Although FIRDS was developed for MiFIR purposes, it’s creation has had a direct impact on other areas of regulatory compliance. In this article, we’ll explore its practical impact on the obligations in the European Union Short Selling Regulation (EU SSR).

The Situation for EU SSR

1) Includes in its scope "financial instruments...that are admitted to trading on a trading venue in the Union, including such instruments when traded outside a trading venue.” (Article 1(a) of the SSR). “Trading venue” is defined as a EU Regulated Market or a Multilateral Trading Facility(MTF). (Article 2(1)(l))

We can outline some of the basic data requirements as follows:

Note that this is required regardless of where the particular tranche one holds is executed. This means that trading venue information, exogenous to one’s particular holding, is needed.

Dealing with lack of information on venue type

It’s important to have as robust a source as possible for all three points. We discuss FIRDS as the source for points 1 and 4 below, but sources for points 2 and 3 are also important. One would assume that ESMA already publishes an airtight, determinative list of venues they deem Regulated Markets and those they deem MTFs, but there have been significant issues here also.

Firstly, until 3rd January, the official list for item 2 (EU Regulated Markets) was housed in the ESMA register here, and the official list for item 3 (EU MTFs) here. As of 3rd January, these lists were no longer published but replaced by a new list to include both MTFs, Regulated Markets (each marked as such) and other markets.

The problem on 3rd January, which has only been marginally improving over time, was that the new list only contained markets from a handful of countries. At the time of writing, ESMA’s official list still doesn’t include every EU country and includes a disclaimer of potential incompleteness.

This has meant that any prudent actor would continue to use the “last available” list of MTF and Regulated markets, supplemented by the newly published list, to ensure consistency. If not, one’s disclosure obligations would seem to have diminished substantially.

FundApps continues to scrape and implement the new list (which is updated constantly), until we are sure that it contains a determination for all EU venues.

The accepted view of most compliance professionals and industry experts so far has been that FIRDS is a data source for shares admitted to trading or traded on EU venues (both MTF and Regulated Markets).

ESMA has also acknowledged on page 29 of it’s Technical Advice on the SSR (December 2017) that “ESMA understands that the Financial Instrument Reference Data System (FIRDS) together with the list published under Article 16(2) of SSR should provide market participants with the information needed for these purposes.”

Despite this, leading industry associations have contacted the EU Commission in regard to the use of FIRDS in determining which shares are “admitted to trading on a trading venue in the Union” and the EU Commission has noted, unofficially, that FIRDS may include securities which are “traded on EU venues” but not actually “admitted to trading” on that venue and therefore they do not necessarily agree that FIRDS should serve as the absolute basis on which to determine which shares are subject to the SSR. However, this stands in conflict with ESMA’s aforementioned Technical Advice and with industry practice thus far.

ESMA has not weighed in on this topic recently, but FundApps and short sellers in the industry have, and will continue to highlight these issues to them directly.

We’ve also observed cases where local regulators (e.g. the UK’s FCA) has verbally suggested that a firm consider certain shares exempt from disclosure based on their own determination of primary market listing outside of the EU, even if that share is not on ESMA’s official exempt list. This divergent behavior is, in our view, contradictory to ESMA’s guidance on how to consider a security as exempt as outlined under “The Situation for EU SSR.”

Our view is to stick with the official stance outlined by ESMA and the Regulation until further guidance by ESMA is issued.

A growing list of industry participants have expressed concern with the general quality of the data in FIRDS. We’ve also been aware of cases where the data represented in FIRDS (which is the responsibility of each regulator and the trading venues in each jurisdiction) has been challenged by individual regulators, when used to comply with the SSR.

We have observed cases where EU SSR disclosures (justified in part by the information in FIRDS - namely, the country of the Relevant Competent Authority) were rejected, but in other cases accepted.

We have also observed that since the commencement of publishing FIRDS, the country of the RCA has changed in the database frequently. This fact is disconcerting given the likelihood that the RCA would change so often. ESMA has itself disclaimed that “ESMA is not able to provide any representation or warranty that the available content is complete, accurate or up to date.”

As unsettling as this is, FIRDS still remains the best and perhaps only option to systematically assess one’s compliance obligations. For the time being, the industry awaits for further clarifications from ESMA or the EU Commission on any suggested modifications to official statements and alternative methodologies to assess one’s obligations.

Being a part of a compliance community 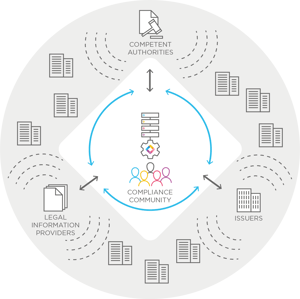 Thankfully, we’ve all benefited from sharing experiences, information, and regulatory developments - all this has been made easier through using cloud software. The confusing interpretive differences among European regulators and data quality issues in FIRDS have highlighted how helpful a secure forum for discussing experiences with other compliance industry professionals can be. It’s yet another reason to embrace one of the many benefits of cloud software. And, yes, all this can be achieved whilst still retaining privacy and anonymity.

It has become one of our mantras to insist that there is a high value in collaborating and discussing compliance challenges with one’s industry peers. Whilst it is true that industry associations and trade bodies provide forums for discussion, it is clear that targeted and secure communication forums such as that provided by FundApps alongside the platform where compliance obligations are calculated makes all the difference. It has been rewarding to see how FundApps’ Rule Commentary feature has allowed our clients to understand and benefit from the experience and insight of compliance personnel in other firms seeking to comply with the difficulties posed by the introduction of FIRDS.

Stay tuned for our next article in the series which will highlight FIRDS’ impact on practical compliance obligations related to the EU Amended Transparency Directive.