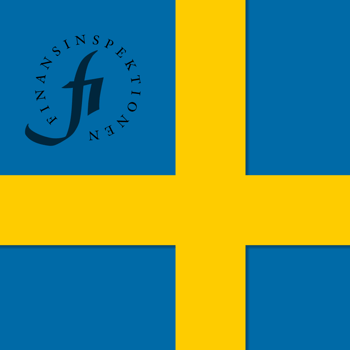 Bucking the trend set by many regulatory authorities, the Swedish Financial Supervisory Authority (the FI or Finansinspektionen) publicly provide all of their Short Selling and Major Shareholding filing and fine data. Here, we examine this data in order to see the composition of agents in the market affected by such regulation.

The Shareholding Disclosure obligation in Sweden stems from the Financial Instruments Trading Act (link in Swedish), which specifies both the types of assets and the thresholds included in the disclosure regime. The lowest threshold for which a disclosure obligation is triggered is when an investor owns 5% or more of the total outstanding shares, or total voting rights of a company. Then, further changes which result in their holdings crossing 10%, 15%, 20%, 25%, 30%, 50%, 66⅔%, or 90% will trigger further disclosures.

As a member of the EU, Sweden inherits its short selling regulation from the European Parliament’s  Regulation 236/2012 Article 12. These regulations stipulate that in order to short sell, the sale needs to be covered, that is, the seller must make arrangements to ensure that at settlement they will have the shares available. Also, short positions need to be disclosed if they reach a short position of 0.2% of the issued share capital of the company concerned and each 0.1% below that position.

The financial services authority in Sweden, the Finansinspektionen, is arguably one of the most transparent authorities of its kind in the world, making vast amounts of data available for analysis. Short selling filings can be obtained directly from the FI’s website and the shareholding disclosure filings can be accessed via an online database.

This dataset includes filing data from November 2012 until August 2016, and includes monetary fine data from September 2010 until August 2016. It consists of approximately 700 unique market participants, 7000 compliant disclosure filings and 150 fines.

What the Data Showed:

The FI'S data reveals the entity type of those responsible for submitting a filing. Figure 1 (below) shows that, of those who have disclosed in the past four years, about 81% of registered entities were companies or limited liability partnerships, approximately 3% were individuals and approximately 16% were funds. 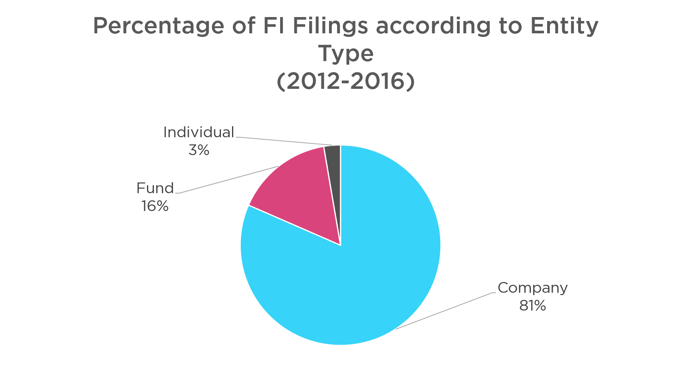 Figure 1: Percentage of FI Filings according to Entity Type

We considered funds separately as they can be registered as companies or not, depending on the type of fund and the jurisdiction. Funds (with or without a company structure) behave more similarly to each other than to regular companies, so we felt it was fitting to split them out.

The notable percentage of individuals in the sample is likely driven by transfer or selling of family businesses which had become large enough to become listed. For example, Anita Svensson made a disclosure when she inherited 600,000 shares in Kabe AB, bringing her over the 20% shares and 25% voting rights disclosure thresholds.

Where are Sweden’s Disclosing Companies based?

The data also gave interesting insight into where disclosing companies were headquartered. Below, Figure 2 shows that the United Kingdom was the domicile country for the greatest number of Swedish short selling and major shareholding filings.

One could reasonably expect that Sweden would be responsible for the greatest number of filings, however this is not the case. Sweden falls in third place with approximately 1,500 filings in the past 4 years. A potential explanation for the comparatively low amount of filings can be seen when examining the nature of the filings in more detail.

Jersey was the fourth most prominent domicile country for short selling and major shareholding filings in Sweden, something which likely has to do with its position as a tax haven.

Figure 2 shows the total number of both short selling and substantial shareholding filings per country, but an interesting point emerges when those filing categories are examined independently of each other.

Figure 3 shows a great disparity between domicile countries in the nature of their filings. The UK and USA predominantly file short selling disclosures, whereas Sweden is the greatest for major shareholding.

For UK and USA domiciled entities, more than eight short selling filings were submitted for every major shareholding filing in Sweden between 2012 and 2016.

A number of reasons could potentially explain the disparity in filing type. In Figures 4 & 5, we can see the categories of companies responsible for filing a disclosure with the FI (for both short selling and major shareholding), within the UK and USA respectively.

Figure 4: Category of UK Domiciled Companies filing in Sweden between 2011 and 2016 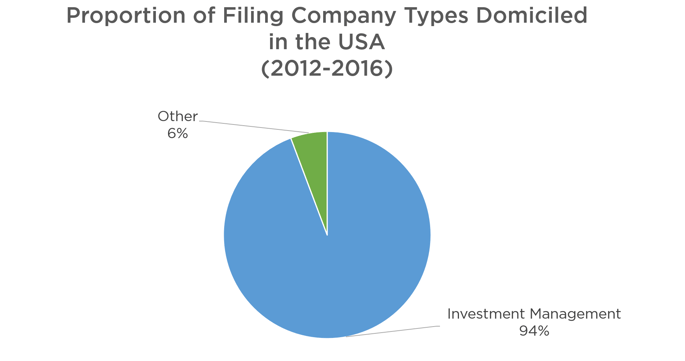 Figure 5: Category of USA Domiciled Companies filing in Sweden between 2011 and 2016

Investment Management firms made up the lion’s share of disclosures, accounting for well over two thirds of all filings in both the UK and USA. Interestingly, fund companies accounted for a much greater proportion of filings in the United Kingdom, perhaps indicating a greater willingness to short sell Swedish assets in comparison to their counterparts across the Atlantic.

Figure 6: Category of Sweden Domiciled Companies filing in Sweden between 2011 and 2016

Looking at Figure 6, we can see a much more diverse collection of company types responsible for filing with the FI. Swedish banks and holding companies account for over 30% of all short selling and major shareholding filings that have taken place in Sweden in the last five years. This fact could be expected, considering their financial stake in their native economy.

Comparing the USA and UK company types with those in Sweden, we see that both the UK and USA have a considerably greater proportion of investment management companies submitting filings in Sweden.

Secondly, the data also illuminates the fact that Swedish-domiciled entities are much more likely to cross major shareholding thresholds than their international counterparts.

Our in-house data scientists are constantly crunching numbers to discover trends and find patterns that we can use to enhance our services. We love information, and analyses like the above enable us to understand compliance more comprehensively than anybody else on the market.

Subscribe to our blog for an exclusive in-depth analysis on Swedish penalties (covering fines and sanctions for missed disclosures) coming soon.