Which countries have the toughest shareholding disclosure obligations? 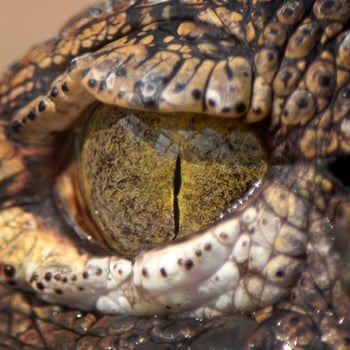 In this 3-part blog series our Content team presents the financial regulators - of over 90 jurisdictions - with the toughest deadlines, calculations and sanctions.

On FundApps' Content Team, we spend half of our time analysing financial regulations, and the other half thinking of clever ways to code them into our compliance platform, Rapptr. Over 90 jurisdictions are covered by our disclosure service, which led us to wonder: which countries have the toughest major shareholding regulations?

Now, you might be asking, what makes one regulation tougher than the other? We asked ourselves the same question too, and to settle the debate we created this 3-part blog series, in which we’ll discover which regulations have the deadliest deadlines, the most complex calculations and the toughest sanctions.

So, let’s start with our top three countries with the toughest regulations when it comes to deadlines:

In Norway, Section 4-3 of the Securities Trading Act requires a person who acquires or disposes a disclosable holding to report this change immediately to the issuer and the regulated market. And whereas before it was possible to disclose events (transactions) that took place between 16:30 and 17:30 on the next day; with effect from 1 April, 2017, the Financial Supervisory Authority of Norway has stipulated that the disclosure of these transactions must be made by 17:30 of the same day!

South Korea’s disclosure regime for large share ownership in listed companies, also known as the 5% rule, provides 5 business days to disclose initial acquisition and subsequent change reports to the Financial Supervisory Service (FSS), which is a fairly reasonable deadline. However, Article 147-3, of the Financial Investment Services and Capital Markets Act stipulates that when a disclosure-triggering event occurs between the first and the fourth day of this disclosure period, the later change must be reported together with the earlier change, by the date the original disclosure should have been made.

In other words, not filing promptly a disclosure to the FSS can turn a 5 business days disclosure period into just one day!

Not quite so far away from Norway, another EEA member has also established slightly tighter deadlines than its counterparts. In the Netherlands, the Authority for the Financial Markets (AFM) provides that notifications to the regulator regarding major shareholding disclosures must be made immediately after a person learns - or should have learned- about the disclosure requirement.

Similar to other EU countries, the Dutch regulator allows 2 trading days for a person to learn about the requirement. However, the AFM declares that it will ‘strictly verify’ whether notifications are made without delay, especially notifications made by persons who already hold “critical” percentage of share capital interest and/or voting rights in an issuer,

These disclosure deadlines leave little (if any) room for compliance officers to make disclosures on time. Fortunately, those lucky ones that have access to our major shareholding disclosure service, will have no trouble disclosing on time! In Rapptr, disclosure deadlines are meticulously coded and monitored for each jurisdiction, and with just a few clicks, disclosure notifications are generated and ready to be filed!

Interested in seeing how FundApps can make compliance simple for you? Book a demo, or contact us to learn more.