What do GameStop and the silver markets have in common? Absolutely nothing; other than an army of retail trading revolutionaries and some of the most notable price moves in recent trading history.

If you missed it, only days after sending GME stock soaring, day traders following the Reddit thread WallStreetBets set their sights on the commodity markets with a bit made of silver between their teeth in the hope of again taking on the institutional crowd. They may not be the only factor coming into play, as some media outlets would assert, but we believe they carried significant weight in the speculation. The price of silver hit an eight year high with heavy trading across ETFs - last Friday (29 January) saw a record take-in for the iShares Silver Trust of $1 billion. This nearly doubled the previous peak of daily inflows for the 15-year old ETF. #SilverSqueeze has been trending on Twitter, however, it is harder to definitively say that the Reddit traders are behind this as thinking is split among them. The thinking against taking this trade is that hedge funds such as Melvin Capital have long positions so a silver squeeze would act in favour of the same firms they are trying to take down.

Similarities to the 434% rise of silver from trough to peak between 2008 to 2011 is that fundamentals, the macroeconomic environment, and technicals seem to be aligned. Balance sheet expansion by the Federal Reserve is 3x that of 2008, where it added $1 trillion to its assets at the time. Meanwhile, bullion dealers such as SD Bullion, APMEX, JM Bullion have been hit with supply issues. Even the UK’s Royal Mint is out of stock and has removed all but one silver bullion bar from its website. Dealers are citing unprecedented demand - SD Bullion said that as of Friday’s market close they had sold ~10x the amount they would sell on an entire weekend, on Friday alone.

With this flurry of activity in the silver markets, one can’t help but mention some near history which also sent silver prices soaring - the tale of the Hunt brothers - and the implications on the regulatory landscape in silver markets as a result.


Every silver lining has a cloud

Covered in the book “Texas Rich” and in further detail in “Manipulation on Trial”, the story of the Hunt brothers’ attempt to corner the Silver market is a fascinating story. The period between 1979 and 1980, saw an unprecedented rise in the price of silver from $8 per troy ounce to $50 before collapsing to back down to $10.

The three Hunt brothers (Nelson Bunker, William Herbert, and Lamar) were sons of Texas oil tycoon H.L. Hunt. They inherited his fortune and sought to expand the family empire, then estimated at ~$5 billion.

During the Nixon administration, stagflation took hold in the United States. This was compounded by the OPEC oil embargo against the US. The Hunt brothers, mainly Nelson Bunker and William Herbert, held the view that inflation would continue to persist and so sought to protect their assets by using silver as a hedge. In early 1973 they started to accumulate silver at $3 per troy ounce. They initially opted for the physical commodity before becoming more aggressive and accumulating silver future contracts also. By 1973 they had acquired 35 million ounces of silver. To illustrate the quantity they held better, this is illustrated by the following story: the Hunt brothers chartered three Boeing 707 jets to transport their silver to vaults in Switzerland. This was not pocket change!

As they continued to buy the shiny commodity, they started to use leverage to increase their buying power and used the strength of their family name to do so (“my word is my bond” or as good as gold, or silver)! The price rise did not go unnoticed however. As silver started 1979 at $6, regulators became suspicious that they were attempting to corner the market rather than simply looking for an inflationary hedge (any fans of the classic movie Trading Places will be familiar with this concept).

Their position ballooned to $5 billion but towards the end of 1979, the tide was turning against them as a number of position limits and margin requirements started to be imposed by exchanges. In December, COMEX imposed position limits under “Silver Rule 7” which covered the following: 1) deliveries were limited to 500 contracts per trade per month, and 2) market participants could not hold more than 2,000 silver futures contracts in aggregate.

This rule also raised the margin requirements on silver futures. A drop in price resulted in margin calls and to meet those calls, the Hunt brothers had to sell silver which put downward pressure on the price thus resulting in a self perpetuating downward spiral as they looked to deleverage out of their position.

There were further rules implemented in addition to the above. The CBOT raised its margin requirements on all silver positions, COMEX restricted trading in all months to liquidation only and the CBOT followed suit in January.

On 27th of March 1980, what is now known as “Silver Thursday” the Hunt brothers couldn’t make a margin call and silver markets reacted to this with a sudden collapse to $10.80. 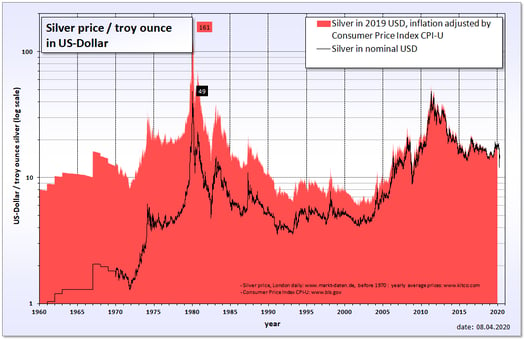 Mark Twain once said that history doesn’t repeat itself but it often rhymes. On Monday, 1 February, the CME Group raised margins on COMEX silver futures to $16,500 per contract from $14,000 per contract effective February 2nd. This took steam out of the momentum as futures opened lower the following trading day. The SEC is also monitoring the situation as they released a statement on Friday.

There’s plenty to consider given the recent volatility and fluid situation from a regulatory perspective. Investors adding to their long or short positions should remain vigilant of any upcoming changes to margin requirements as well as any additional regulatory interventions.

If you’re interested in seeing how automation in Position Limits can help your firm save time and reduce operational risk when meeting regulatory obligations, get in touch to speak to a member of our team or book a demo with us to see our service in action.

We are also hosting a webinar on Wednesday 3rd of March on Position Limits. We’ll be talking about upcoming CFTC changes, discussing some regulatory nuances of position limits as well as exploring how we handle our clients’ data to ensure effective Position Limit monitoring. You can find the agenda and register for the event here. 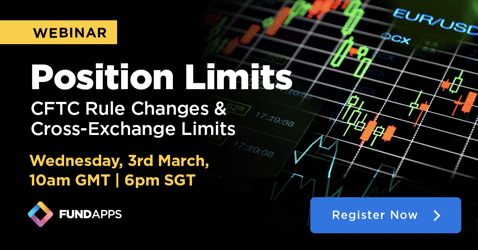