Threshold change proposal for US 13F - The death knell of transparency?

“Sunlight is said to be the best of disinfectants” - U.S. Supreme Court Justice Louis Brandeis.

The SEC have bowed to public pressure, and have abandoned their proposed change to the 13F reporting threshold. During the period of public consultation, more than 2,200 letters were submitted to the SEC, and roughly 99% of them opposed the regulatory changes. While some may see this as a surprising display of democracy in action, perhaps others may question how the agency misread market sentiment so badly in the first place. It will be interesting to read the official statement on the matter when it becomes available, but for now those lucky individuals and firms with $100m in AuM can look forward to year end filing!

What are the changes?

The SEC has recently released a set of proposals that would transform the way institutional investment managers report 13F holdings. Foremost amongst these is the move to ease reporting requirements by raising the disclosure threshold from $100m to $3.5bn - a change they say reflects the increase in the size of the US equities markets in the 45 years since Congress mandated the Commission to collect this information.

An SEC press release of the proposed first-ever threshold increase claims the change will remove the burden of reporting from 90% of the current filers, but still capture 90% of the assets reported. In doing so, it cites savings to filers of up to $30k each, and suggests that the decrease in transparency will protect smaller firms from front running and copycatting.

To offset this loss of public domain data on the holdings of smaller institutional investment managers, the approximately 550 large managers that remain would be subject to the elimination of the de minimis thresholds for individual securities (10k shares and $200k value). There are also technical amendments to modernise the structure of data reporting, and a change to the instructions related to confidential treatment requests in light of a recent decision by the U.S. Supreme Court. All of this has been released in the form of a 60 day public consultation.

Resistance to the changes

However, there has already been significant push-back reported in the financial press, ranging from investors, companies, institutional investment managers, and even SEC Commissioner Allison Herren Lee. A recent count by Goldman Sachs had comments on the proposal running 233-2 against the adoption of the updated regulations.

Commissioner Lee criticises the amendments for several reasons: transparency, the estimated costs savings, and the legal grounds for the change.

At the other end of the spectrum is Goldman Sachs, whose analysts also have strong reservations. Their view is that the threshold change would severely limit the tracking of hedge fund positioning, which helps risk managers understand investment crowding risk. Goldman clients surveyed have also reported that they believe transparency aids in price discovery. It’s an interesting point, as this is one of the core justifications for financial markets regulation. And to dispel the cost savings argument, they argue that hedge funds typically regard disclosure costs as “inconsequential”. Even using the higher end of the questionable PRA estimated cost savings for a smaller manager, $30k of $100m is 3/100th of a percent of the reporting value. So that is a fairly believable claim. Finally, they refute the idea that a small manager might be front run, or subject to copycatting when filings are published. Filings take place not only after purchase, but at a 45 day lag after the quarter ends.

There is also the concern that companies and analysts would lose data on activist investors, or even on a “wolf-pack” of activists taking a stake in a particular company. And what other uses of 13F are out there in the wild that haven’t been publicly highlighted? In the popular TV series Billions, hedge fund owner Bobby Axelrod instructs his COO to “scour the 13F” to find a fellow hedge fund manager from whom he can borrow shares to save his position during a short squeeze!

On a more serious note, this proposal is contrary to changes throughout the markets, where thresholds are being tightened: CONSOB in Italy creating lowered shareholding disclosure thresholds for certain issuers, the imposition of short selling restrictions in the EU and across the Far East, and recent changes to sensitive industries limits across the globe (Japan, Germany, Spain, Poland). The SEC proposal counters the global trend in regulation.

And why such a radical change in threshold? Is this just the opening bid of a negotiation? The proposal includes a provision to review the reporting threshold every five years. Might change be more palatable if introduced in smaller increments over a decade or two? It’s been little over a decade since the last financial crisis led to widespread calls for greater transparency and tighter regulation. Does anyone reading this feel market confidence has changed that significantly since 2008? Particularly now, on the cusp of the huge economic disruption that is resulting from the coronavirus pandemic, what is driving this proposal? Perhaps the key lies in budget pressure on the SEC. 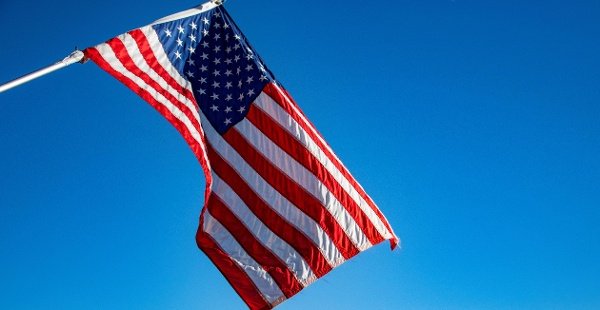 The growth in the SEC budget has been no match for the growth in asset value to be supervised. With close to 70% of the SEC budget consumed by employee compensation, the pressure on staffers to handle an increased number of institutional investment managers’ filings must be considerable. The 2021 federal budget calls for eliminating the SEC's Reserve Fund, from which the Dodd-Frank Act allows the agency to spend up to $100 million annually. This effectively cancels out the 4% increase in their budget. It is not clear what percentage  of the SEC budget is spent managing the 13F disclosure process, but removing 90% of disclosures would certainly have a beneficial impact. Such a change might allow the agency to devote more resources towards trying to keep up with technology improvements the firms it supervises are investing in so heavily.

It’s certainly interesting to consider, and investment and compliance professionals will be very keen to see the outcome of the consultation, and to see if some variation of the threshold change is implemented, or not. It is a decision that has the potential to impact how regulators all over the world conduct their affairs going forwards.

Regardless of what happens, FundApps clients can be assured that we will continue to fully automate the eligibility check, the complexities of the disclosure calculations, and the population of the 13F form itself. If you’d like to see our industry-leading compliance solutions for yourself, please book a demo here!