From The Content Team: The ‘Florange Law’ and Double Voting Rights 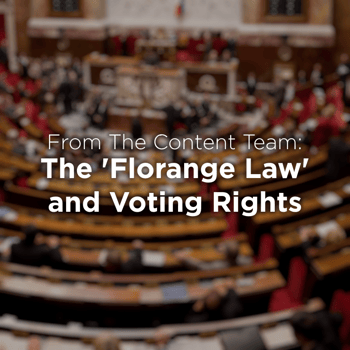 In this series, one of FundApps’ dedicated compliance experts covers a regulatory issue. This week, we have Lorraine Chimbga, a Compliance Analyst at FundApps, writing about double voting rights.

In early 2014 the French government brought into force ‘The Florange Act’, with its biggest impact being on the ‘one share is equal to one vote’ principle. The Act did this by creating an automatic regime whereby since March 31 2016, shareholders who have held shares for two years within a French company are automatically awarded with double voting rights, unless this had been specifically prohibited in the by-laws of the company. Any French company which didn’t prohibit this in their by-laws explicitly already or hadn’t opted-out by 31st March 2016 would be subjected to the automatic regime.

The problem with double voting rights

Some arguments have been made for the perceived benefits of double voting rights, such as encouraging companies to think and plan for the long term and fostering more loyalty between investors and companies. However, the decision wasn’t received favorably as it effectively afforded the rewarding of what can be termed as ‘loyalty shares’. Commenting in The Financial Times, Neil Dwane, Chief Investment Officer for European equities at Allianz Global Investors, observed:

"The government is effectively changing the law to create an enhanced share class to protect France so it can influence the way France is governed."

Although it has been suggested that such a system has existed and worked well in other European countries such as Sweden and in the USA, the controversy in this instance largely centered around the fact that the move was seen by many as a way for the interventionist French government to sell down some of its shares in domestic companies (such as Renault), in order to retain state influence whilst making a profit in the long term. The Financial Times quote Xavier Huillard, Chief Executive of Vinci, as saying:

“The only interest of double voting rights is to allow the taking control of companies without having to own a majority of the shares.”

“It is a form of protectionism. In France there are a lot of government or family-owned companies and they are not really interested in what minority shareholders have to say.”

From a disclosure perspective, there are some ways that the team at FundApps can code an adjustment for this change. Given your data model and our ability to gather the relevant information, we would be happy to discuss the potential development of a systematic way of assisting you in identifying companies with this provision and whether it applies.

Clients might identify the particular lots of shares to which the double voting rights should apply. Under this option, a client would need to internally monitor the 2 year holding period, separate those lots which are conferred double voting rights, and flag them via a property in their data file.

Our cloud-based service, trusted by some of the asset management industry's biggest names, monitors 440+ rules in 90+ jurisdictions. We provide Shareholding Disclosure, Position Limit and Sensitive Industries monitoring services to clients across the world.