Shareholding Disclosure - The disparity in sanctions 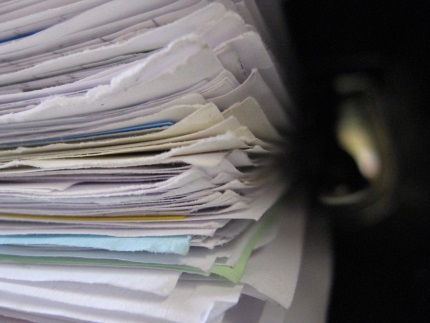 Ever since FundApps started the analysis of the disclosure requirements for shareholders around the world many moons ago, one thing that caught my eye was the wide span of differences in how each jurisdiction enforced these requirements. The clearest way to see these differences is to look at the sanctions made available to the regulators for non compliance. This article takes a look at these differences and the effect unifying directives, like the Transparency Directive in the EU has on them, both in the past and the future.

It starts with those jurisdictions which have no shareholding disclosures in place at all, neither substantial shareholding, takeover nor short selling regulations. This is usually because the regulators are generally very favourable towards financial institutions, for example in the Cayman Islands and Bermuda. These are similar to those countries which have small financial markets and implement only basic disclosures or bans. One example is Colombia, which doesn't have any beneficial ownership requirements, but does have an outright ban on naked short selling.

But this article is not interested so much in these smaller jurisdictions, as it is to be expected that they don't have or need, full blown shareholding disclosure requirements to the extent that some of the jurisdictions with large financial markets do.

When you move onto those larger financial jurisdictions, you start to see some common punitive measures being made available. Mainly:

The first, a simple name and shame approach, would be the most worrying to any discretionary managers who have a name to keep if they want their clients to reinvest. While a normal investor would be more concerned about the financial penalties which would affect their bottom line. While the level of punishment for these first two might change depending on who you are investing for, the possibility of a criminal offence, some of which can lead to jail time for the ultimate shareholder, is considered the most worrying. Especially, if you're investing in jurisdictions, like Kenya (5 years), or Pakistan (2 years).

Pakistan in fact has recently stated it is taking a stronger stance on non-compliance in this area, but when given a chance to put these laws into effect, only chose to fine 18 beneficial owners of listed companies $500. Stricter still is Hong Kong which has a dedicated page listing enforcement actions, where you can find a number of illegal short selling convictions up to $30,000.

It Is understandable that there are going to be differences around the world, but I was particularly surprised looking at the transparency directive in the EU. With a directive that was conceived to harmonise and increase transparency of major shareholders across the EU, you'd expect to see some alignment. But when you analyse the original directive in 2004, it had just 2 paragraphs on the sanctions that should be made available to regulators, and they were left open for interpretation:

"2. Member States shall provide that the competent authority
may disclose to the public every measure taken or penalty
imposed for infringement of the provisions adopted
in accordance with this Directive, save where such disclosure
would seriously jeopardise the financial markets or cause
disproportionate damage to the parties involved."

And this leads to quite major disparity within the EU, not just in the magnitude of maximum penalties, but differences in whether it is considered it a criminal offence or not.
While Ireland and France, amongst others, have decided to consider non-compliance a criminal offence, Belgium and Italy have taken it a step further with the ability to enforce 1 to 5 year imprisonments respectively.

Strangely, Belgium is one of the few jurisdictions to sanction imprisonment for non-compliance but also has one of the lowest financial penalties at just €55,000 - especially when compared with France's €10,000,000 civil penalties.

While some jurisdictions are just using these maximum penalties as a scare factor, the other notable factor is how often these sanctions are implemented. Germany deserves a special mention - although there is nothing unusual about their punitive measures (fines of up to €1,000,000 and removal of voting rights), they are an absolute stickler for ensuring the correct forms are used (of which they have many) and filled in correctly. We've heard of institutions getting fined for minor errors on the form. My favourite was definitely using the wrong legal form of a disclosing entity, for example using "ABC Capital Management Limited" rather than "ABC Partners LLP". One of many mistakes that is far too easy to make if you have to fill in these forms manually, especially if you are making many at once.

These disparities have continued within the EU short selling regulation, as highlighted by a recent ESMA Article "List of administrative measures and sanctions applicable in Member States to infringements of Regulation on short selling and credit default swaps".

These range from Belgium's measly daily fine of €250 and Croatia's €13,000-130,000 penalties, up to France's maximum fine of a whooping €100 Million. Although, there is definitely a clear median forming around the €2.5 Million mark.

Change could be in the air however, with the latest updates to the EU Transparency Directive, published in the official Journal in November 2013.

It's the first time sanctions and penalties available to the regulator have been clearly laid out in any EU Directive. In article 28a, it states:

"(c) administrative pecuniary sanctions of;
(i) in the case of a legal entity,
— up to EUR 10 000 000 or up to 5 % of the
total annual turnover according to the last
available annual accounts approved by the
management body; where the legal entity is a
parent undertaking or a subsidiary of a parent
undertaking which has to prepare consolidated
financial accounts pursuant to Directive
2013/34/EU, the relevant total turnover shall
be the total annual turnover or the
corresponding type of income pursuant to the
relevant accounting Directives according to the
last available consolidated annual accounts
approved by the management body of the
ultimate parent undertaking, or
— up to twice the amount of the profits gained or
losses avoided because of the breach, where
those can be determined, whichever is higher;"

The text even gives advice on what should trigger punitive measures, with a strong emphasis on late disclosures. This is certainly a clear sign that the EU intends to become a lot more serious in this area.

FundApps takes you all the way through the disclosure process to the point of submission in the most efficient and timely manner possible. From ensuring the automated disclosure monitoring is running the most up-to-date content, by using Derivative Services' (an Affiliate of Allen & Overy) legal analysis of shareholding disclosure regulation in 76+ jurisdictions. This is supported by a informative, intuitive and clean user interface, that allows you to drill into each disclosure, to ensure the data used in the disclosure is correct.

Again, to help you stay error free, our document generator, which creates the required disclosure forms, ensures there are no copy and paste errors out of one system to another, that dates and numbers are in the correct formats and that the correct legal entity's name is used. As part of the service FundApps also ensures that the disclosure document templates are up-to-date. In summary, FundApps helps you create error free disclosures in a fraction of the time of your current processes.

To find out more about FundApps Disclosure monitoring, click the request demo button on the right, or email us at info@fundapps.co